The devotion to Notre-Dame-de-Foy in Canada

Discovery of the statue:

The story begins in 1609, in the town of Foy, Belgium, at the foot of a huge oak tree. That same year, Gilles, a woodcutter from Wanlin, and his companion Innocent Delimoir, while cutting down an enormous oak tree 8 feet in diameter, discovered a statuette of the Virgin Mary. Made of terracotta, it was surrounded by a few stones and hair. Gilles and Innocent cried out for a miracle. The story spread in the area, and very quickly a spontaneous cult developed. With the discovery of this statue, miracles multiplied and Foy became a place of pilgrimage. The Jesuits eventually began to carve replicas of the statue from the oak tree in which it was found.

It was later discovered that the oak tree was located on a path used by pilgrims on their way to Saint-Hubert. Some two centuries before the 1609 discovery, one of them placed a statue of the Virgin Mary in the hollow of the tree. Over the years, the bark of the tree closed over it and, as the path was less and less frequented, the existence of the statue was forgotten.

The statue was first placed in another oak tree, but the baron of Celles, having noticed that someone had tried to steal it, took it to his oratory in the castle of Vêves (barony of Celles). Visitors and pilgrims began to flock there.

A first miracle took place in 1616: following the intercession of the Virgin Mary, an old man was cured of a painful and debilitating hernia. The bishop of Liege, Ferdinand of Bavaria, made a canonical inquiry and declared the miracle authentic.

In 1618 the influx of pilgrims – and the publicity given to the place by the visit of Archdukes Albert and Isabella in 1619 – led to the construction of a larger chapel. Work began in 1622. The plans were drawn up by the brothers Michel and Jaspard Stilmant with the help of Guillaume Goblet. However, in the 19th century, historians attributed this work to B. Flémalle and to an unknown Bartholomé.

A devotion in Canada:

Throughout the 17th century, the shrine had an extraordinary reputation. Pilgrims came from everywhere. The veneration of Our Lady of Foy spread outside the country, propagated in particular by the missionaries who went overseas. Replicas of the miraculous statue were made and spread throughout the world.

The statue kept by the Servants of Jesus Mary:

In Quebec, there is another statuette of Notre-Dame-de-Foy which is preciously preserved at the Servantes de Jésus-Marie under a glass bell. This one has had a different, but equally unique, journey than the Jesuit Chaumonot. The one we have has been passed down for a long time in the family of our founder, Father Alexis-Louis Mangin,” says the Mother Servant General of the congregation, Sister Marie-du-Bon-Pasteur. He received it from his father before he left France for Canada in 1885. It is a very rare object that has a very great spiritual value for us. “

The statuette was dated by the City of Gatineau around 1780, but it could be even older. According to Sister Marie-du-Bon-Pasteur, their statuette is authentic and comes from the oak tree in which the original statue was found. In her diaries, Father Mangin explains how she was able to save her family and several Catholic priests from certain death during the French Revolution.

This statue of Notre-Dame-de-Foy is miraculous and has worked many wonders,” wrote Father Mangin. In 1793, during the great revolution, it protected my family and my grandfather’s house, while he was not afraid to expose himself daily to the peril of death, hiding prosecuted priests and having the Holy Mass celebrated, at night, in his cellar or in his attic; and this in the midst of a city very agitated by revolutionary ideas and under the continual surveillance of the informers and soldiers of the Revolution. “

Miracles in the Outaouais region :

The statuette of Notre-Dame-de-Foy would have protective virtues against fires, says Sister Marie-du-Bon-Pasteur, superior of the Servants of Jesus Mary. “It has helped us a few times to fight fires,” she says. The story of the Servants of Jesus Mary goes that Father Mangin invoked Our Lady of Foy once, at the beginning of the congregation, to put out a rapidly growing fire in the roof of the first small convent in Masson. A single bucket of water thrown by Father Mangin would have brought the fire under complete control. Another fire in the sacristy of the Laurier Street monastery in 1905 was also put out with a single bucket of water. 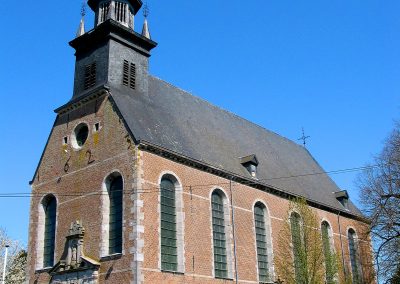 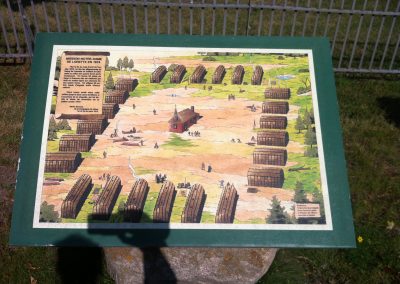 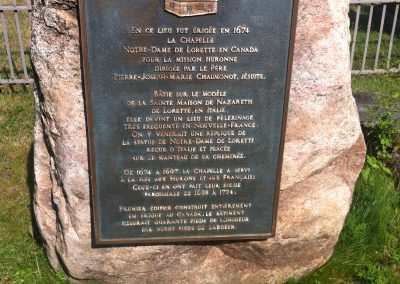