On the eve of the midnight mass on the morning of December 24, 1839, the sea was no longer visible because the ice that had piled up along the shoreline formed a solid bridge. That morning, the settlers living in the Seigneurie Nicolas-Rioux, had looked up at the river and were astonished at the unusual sight that awaited them: thousands of shiny and swarming black dots were washed up on the great ice floe. In fact, these thousands of dots were sea wolves. It was then that nearly 200 settlers rushed to find themselves armed, knife, axe and headed towards the ice. That’s when the hunt began, soon the white ice floe turned red. During the day, more than 700 sea wolves were killed and transported to the shore by sled. But to everyone’s surprise, the situation took an unexpected, even astounding turn. Suddenly, they heard cries from the shore, because during the work of sharing, the many settlers had not realized that the south wind had done its work, and had slowly detached the immense ice floe, which now made them drift towards the open sea. They wanted to run towards the water’s edge, but it was already too late and too far from the shore. Indeed, the pile of floating ice moved away quickly and very quickly, so much so that the cries of anguish were lost on the horizon.

An anxious, panic-stricken crowd formed at the edge of the shore, women, men and children knew that only a miracle could save these poor settlers, swept away by the wind of the river, from death. Pouliot, who, while abandoning his broad smile, looked worried while encouraging the women and children to pray, suddenly cried out: “On my knees, my children, I will give them holy absolution! “and then he raised his voice and said, “My children there, who may die, in the name of Almighty God, in the name of Jesus Christ, who gave me the power to bind and loosen on earth, in the name of the Holy Ghost, I absolve you of all your sins. So be it! “And the multitude of people gathered together and wept, and said, “Amen! »

Suddenly in the night, the wind changed direction from South to North, and the ice floe seemed to stop and obeyed a supernatural force, which made it hit a rock and stopped, this rock was what we now call “Little Razades”, so everyone was saved, what a joy for all those men who feared the worst. All of them were able to reach the mainland the next day on Christmas Day, December 25, 1839, which was celebrated, we can imagine, with great joy and fervor. 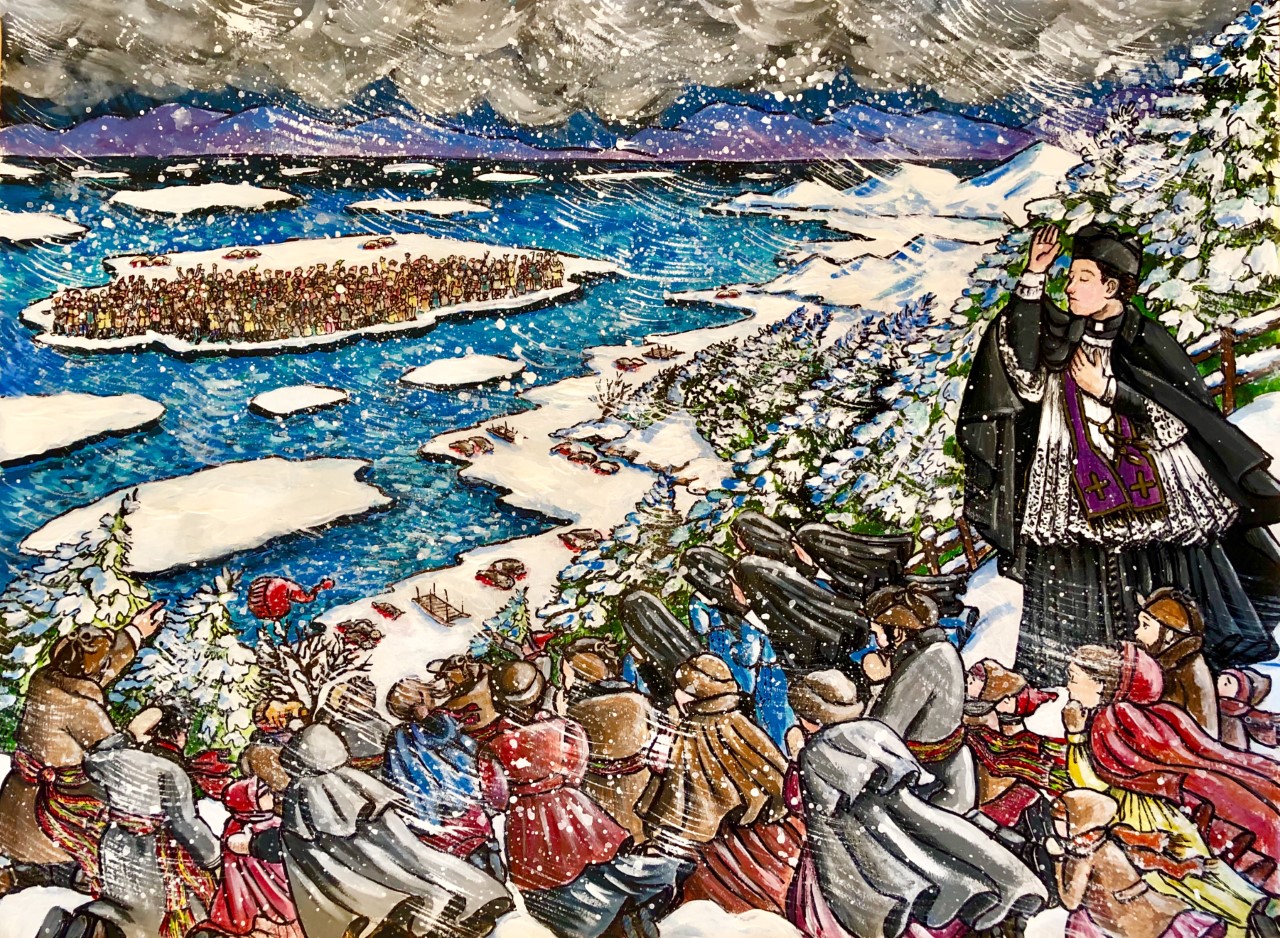 A few days later, an enormous wooden cross was blessed and planted on the island, it was later replaced by a sublime cross. 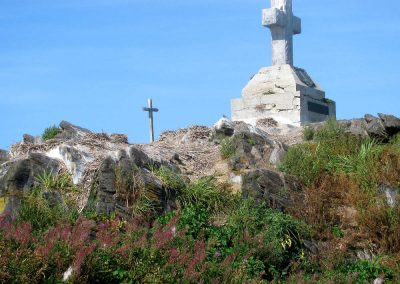