It all began when the Poor Clares of Sherbrooke obtained, in the year 2000, a statue of the baby Jesus from Bethlehem. The sisters had acquired the statue from the Franciscans of the Holy Land. They were even able to place the statue in the very place where the baby Jesus was born in Bethlehem. It is made of resin, and contains a small red wax collar with the seal, certifying that the statue had indeed touched the birthplace of our divine Savior.

Around the years 2002-2003, the Poor Clares of Sherbrooke wondered if they should restore, or rather demolish, the convent built in 1952, because of its poor condition, and then rebuild a brand new one. On January 1, 2003, around noon, while the sisters were having soup and the Mother Superior of the Poor Clares was still talking about the possibility of demolishing the convent, she saw through the window that a fire had started in a part of the convent. She urged the sisters to leave the building as quickly as possible. Each of them took some precious objects to save them. One of them went straight to the chapel to save the Blessed Sacrament. Before leaving the chapel, this nun looked at the statue of the Child Jesus and promised to come back for it. When she had saved the holy hosts, however, she was not allowed to return inside to save the precious statue of Bethlehem. The convent was completely ravaged by fire. The sisters had to move to the Sisters of the Presentation in Sherbrooke, where they stayed for about two years. 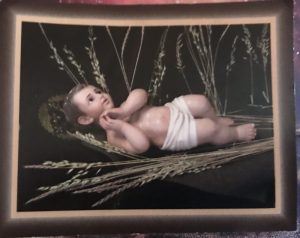 As the firemen were able to secure the debris, they allowed the Poor Clares to explore if they found any objects that might have survived the flames. According to Sister Christine’s testimony, the Sisters found a number of sacred vessels that had not been destroyed. It was not until March 24, the day before the Annunciation, that they were allowed to visit the chapel to see if anything had survived the fire. In spite of the snow that had covered the ground many times, the nuns found, to their great surprise, the famous statue of the baby Jesus, which had remained intact, except for a slight loss of paint on the head, due to the fact that it had stuck to the manger because of the intense heat. What was even more amazing was that the wax seal and the hay of the manger were also in perfect condition. There was no doubt that this was a miracle.

The Poor Clares had their convent rebuilt on the site of the original convent, at 313 Queen Street, Sherbrooke, Quebec. To this day, they proudly display the beautiful statue of the baby Jesus permanently in the chapel. It remains lying on the straw that was found after the fire. Next to it are holy cards with a picture of the statue, as well as a small history of the miracle on the back. 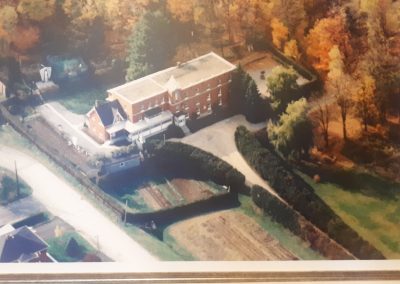 Former convent of the Poor Clares of Sherbrooke before the fire 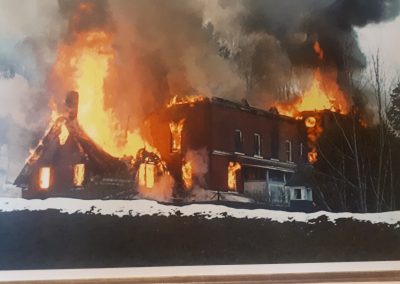 Convent on fire on January ist 2003 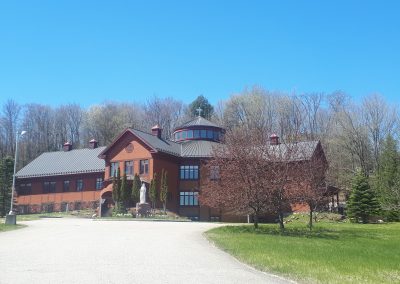 The miraculous statue of baby Jesus 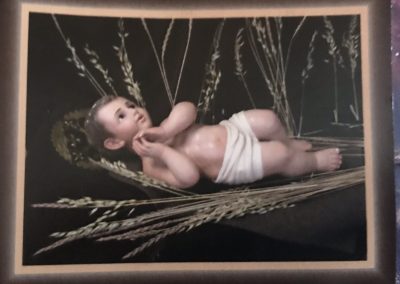 Picture of the miraculous baby Jesus