Snow indicating the location of the church

French colonization in the Trois-Pistoles area began with the arrival of the first seigneur of Trois-Pistoles, Jean Riou, and his wife, Catherine Leblond, in 1697. As soon as they arrived, they built a small chapel in 1701, which they placed at the disposal of the missionary who visited them. It was not until 1802 that a second church was built. Some elements of this period are preserved in the current church, including the high altar sculpted by François Baillargé and the painting ‘The Madonna of the Angels’ painted by Carlo Maratta (1625-1713) and restored in 2001.

In 1840, the construction of a third stone church was demanded and gave rise to the memorable bell tower war between the river dwellers (those living along the St. Lawrence River) and the coastal dwellers, i.e. those living on the hill. On March 15, 1841, the Grand Voyager Antrobus (a high ranking official in charge of road construction and maintenance) proposed the route of “the new chemin du Roi Road which will henceforth pass along the hill” (c.f. Étude patrimoniale). In spite of this, the religious authorities decided to erect the new church not far from the old church, on the banks of the St. Lawrence River. The people who lived in the upper part of the village did not agree with this decision. They decided to erect another church on their own, ”without the permission of the bishop, south of the new chemin du Roi, on the land of Ambroise Rousseau. Thus, there were two churches, one official and the other ‘rebel’. The one of the opponents is not used for worship, but serves to defy the religious authority” (c.f. Étude patrimoniale).  ”The parish priest Mâlo wrote in this regard to Mister Signay on June 29, 1842, that the opponents had begun to build a church, and on September 24, 1845, he wrote: ‘The opponents’ church is half covered with shingles…the frames and doors are ready to be put in and the steeple is finished.’ This church, built of fieldstone, was located north of the present church” (c.f. Étude patrimoniale). Over the years, however, the church on the riverbank was deserted in favor of the one on the hill. ”In 1852, Bishop Pierre-Flavien Turgeon decreed that the church above would henceforth be the church of Notre-Dame-des-Neiges parish” (c.f. Étude patrimoniale).

In 1876, a new pastor was appointed. It was Father Olivier-Désiré Vézina. Upon his arrival, the priest faced two major problems: the church on the waterfront was deserted in favor of the one on the hill and the latter had serious construction defects and required costly work. It was time to build a fifth church! In order to create enthusiasm and keep the village united, the parish priest proposed to build one of the most beautiful churches in the region.

It is said that the parishioners were undecided as to the site of their fifth and current church. Seeing this, the parish priest proposed a novena, wanting to entrust the decision to heaven. On the morning of the ninth day, to the surprise of the parishioners, a white square of snow marked the spot. It was the middle of August! At this exceptional sign, they thanked Our Lady of the Snows, patron saint of the parish. 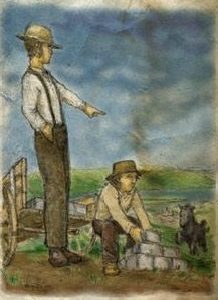 During the construction of the fifth church from 1882-1887, a black horse of exceptional strength was used. This horse appeared without anyone knowing where it came from and was used to transport the stone of the church from below to the coast where the new building was erected. After the construction, it mysteriously disappeared. Over the years, some legends have been built around this story of the black horse. It is therefore difficult to verify what is true or not. One thing is certain, legends are almost always built around facts that really happened. God knows if one day we will be able to answer our questions about the authenticity of the story of the black horse. 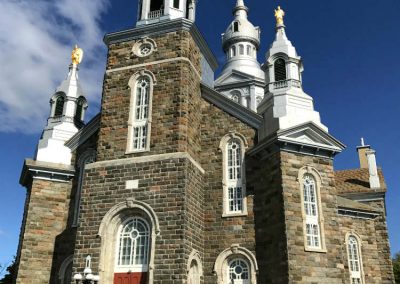 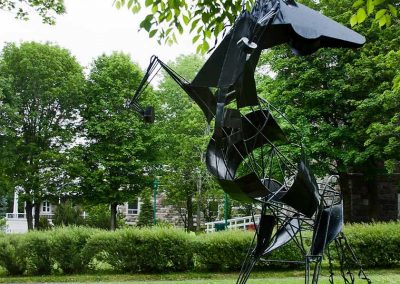 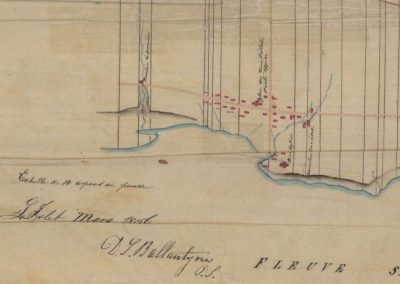