The life of Paul Comtois

Jean-Paul-François Comtois was born in Saint-Thomas-de-Pierreville, Yamaska County, Quebec, on August 22, 1895. His father, Urbain Comtois, was a merchant of old Quebec agricultural stock, while his mother, Elizabeth (née McCaffrey) was of Irish descent. After completing the classical course at Nicolet College, Paul Comtois was admitted to the University of Montreal. He studied agronomy at the Institut agricole d’Oka, an agricultural institute run by the monks of a Trappist monastery, and graduated in 1918.
After completing his studies, Comtois returned to Pierreville to operate the family farm, Ferme des Ormes, whose land had been cleared by his grandfather in 1835. In 1921, he married Irène-Anne-Rachel Gill, who gave Comtois three sons and two daughters.

Paul Comtois continued to farm for two decades, earning the Bronze Medal of Agricultural Merit in 1926, but he became an increasingly active participant in the civic affairs of his community. He was appointed head of the local school board in 1928 and ran as a Conservative candidate for the riding of Nicolet-Yamaska in the 1930 federal parliamentary election, losing by one vote! Comtois was chief appraiser for the Board of Agriculture from 1935 to 1936, when he became general manager of the province’s Farm Credit Board, a position he held until 1957. In the meantime, he served for a year on the Housing Committee in 1948, co-founded the agricultural cooperative in his hometown of Pierreville, and was appointed President (1945-1961) of the Caisse populaire de Pierreville, one of the credit unions founded by the Church to ensure the financial well-being of rural Quebec.

From 1948 to 1961, Paul Comtois served as mayor of the parish of Saint-Thomas-de-Pierreville, and was appointed reeve of Yamaska County in 1956. A year later, he avenged his electoral defeat of 1930 by being elected to the House of Commons in the riding of Nicolet-Yamaska in the 1957 election. In August of that year, Comtois was appointed to the Privy Council and became Minister of Mines in the cabinet of the legendary Canadian Prime Minister, John Diefenbaker. After four years in the Canadian cabinet, the Governor General, on the advice of the Prime Minister, appointed Paul Comtois as Lieutenant Governor of Quebec, the Queen’s personal representative in the province.
Comtois performed his vice-regal duties with great diligence. A sociable and popular man, he was a member of the Garrison Club and the Quebec Winter Club. A devout Catholic, he was active in the Knights of Columbus and the Sacred Heart League. As is customary for Canadian vice-regal representatives, Mr. Comtois has been knighted in the Venerable Order of St. John. He received an honorary doctorate from the University of Sherbrooke in 1962, and another from McGill University a year later, and was made a Commander of the Order of Agricultural Merit.

Yet while the Lieutenant Governor and his wife attended balls at the best hotels in the province and were invited to dinners at the most prestigious homes, the entire family said the rosary together every day, often outside in the bitter cold of winter. The family lived in the viceroy’s official residence, Bois-de-Coulonge, in the Quebec City suburb of Sillery. Comtois asked the Cardinal-Archbishop of Quebec, Primate of Canada, for permission to reserve the Blessed Sacrament in the private chapel of Bois-de-Coulonge. The cardinal hesitated but finally accepted Comtois’ pious request.

“My father once told me that he had had difficulty obtaining special permission from the cardinal to keep the Blessed Sacrament permanently in the private chapel,” Comtois’ daughter Mireille later recalled. “When he finally obtained this permission, it was on the condition that he be personally responsible for its proper care. And my father was a man who respected his obligations at all costs.”
After midnight on the evening of February 21, 1966 – a bitterly cold night of -24° Fahrenheit, -31° Celsius – the lieutenant governor, his family and a few guests returned to Bois-de-Coulonge after a social event. Half an hour after the gathering said their goodbyes and went to bed, a ferocious fire broke out in the basement of the 105-year-old mansion.

“The fire started like it was a matchbox,” reports Lt. Col. J.P. Martin, the lieutenant governor’s aide-de-camp. “It was amazing how quickly the flames spread through the building.”As soon as the fire was noticed, the governor immediately took matters into his own hands, guiding his wife and children out of the house into the cold winter night outside. His daughter Mireille, however, noticed that her father didn’t want to leave the tinderbox house yet.
“As I was running into the building to escape the fire, I met my father in the chapel. As I was about to run to him, he firmly ordered me to jump from a nearby window and I did, wondering why he wasn’t doing the same. The last time I saw him, he was standing under the sanctuary lamp in his pajamas, wearing his father’s souvenir rosary around his neck that he said every night and wore to sleep.”
After making sure that all his family and guests had escaped the blaze, the seventy-year-old Paul Comtois returned to the private chapel where he visited the Lord every night before going to bed, in order to save the Blessed Sacrament from the desecrating fire. He reached the chapel, which was already engulfed in flames, but managed to get to the tabernacle and remove the pyxis containing the Body of Christ. On leaving the chapel, he went down the stairs which collapsed around him, and the lieutenant-governor was burned alive in the inferno. The fire in which Paul Comtois died was so hot that the first firemen to arrive on the scene could not get within a hundred feet of the building.
“I was told,” Mireille continued, “that when they found him, his body was badly burned and his arms were no longer intact; but my father was a tall, stocky man and under the upper part of his body they found the pyx used to carry the Holy Eucharist. His body had saved him from the flames. … I can still picture him standing in the light of the sanctuary lamp”.
Cardinal Maurice Roy, Archbishop of Quebec & Primate of Canada, said that “Mr. Comtois, as a Christian, gave an example of wisdom and goodness, humility and radiant faith.”
“I jumped to safety from a second-floor balcony, injuring my back and being hospitalized some time later,” said Mac Stearns, one of the family’s guests that night. “My wife and I were good friends with the Comtois family. We used to visit each other. I became a close friend and admirer of Paul Comtois. He was a very sincere person, deeply concerned about the problems of humanity.”
“His tremendous religious faith made a great impression on me and no doubt contributed to my embracing the Catholic faith sometime after his death. Knowing his great fervor for the Blessed Sacrament, I have no doubt that Paul would do everything in his power to save the Holy Eucharist from fire.” 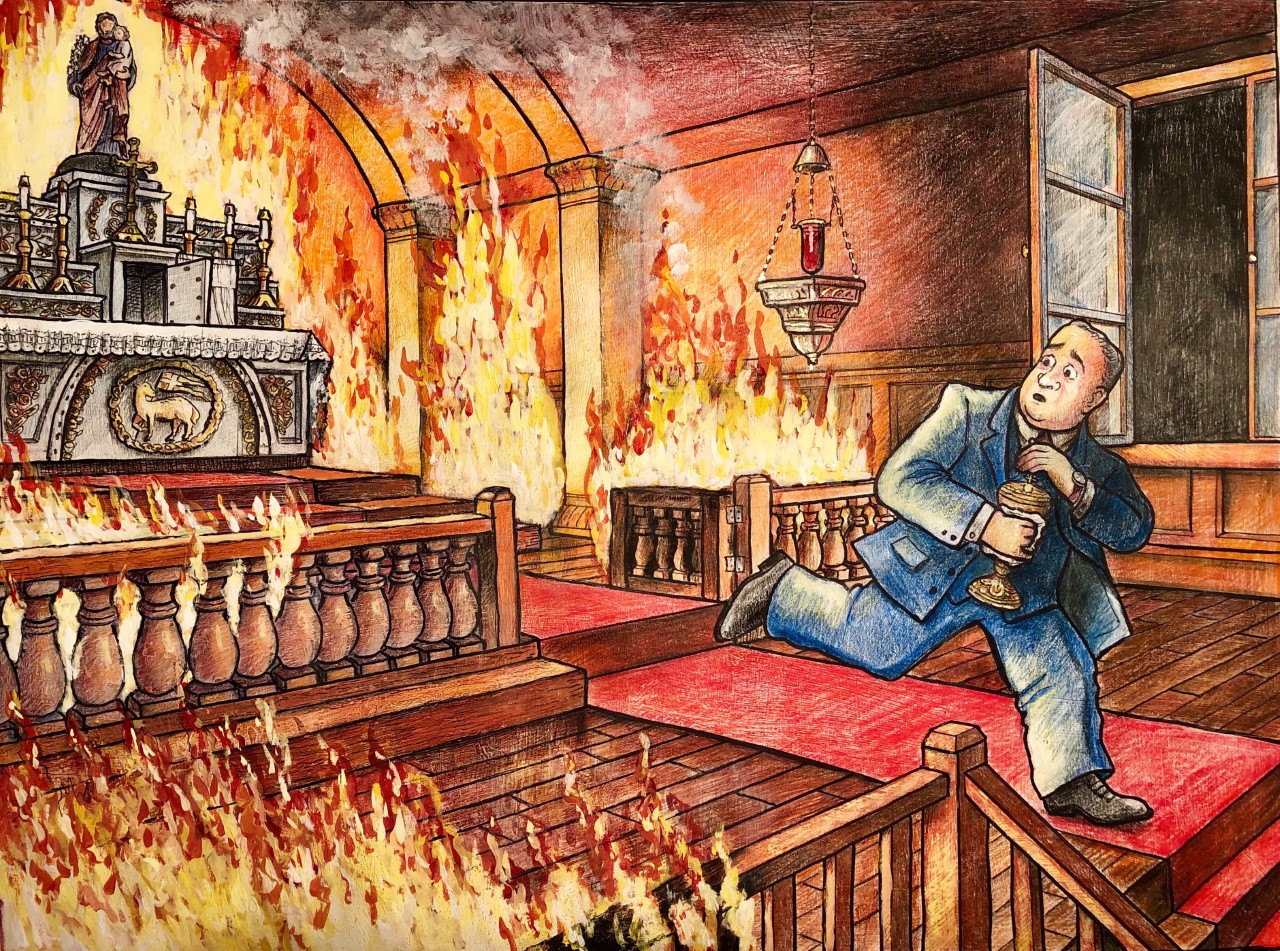 The heroism of Paul Comtois stands in direct contrast to the cowardice of the changing establishment of the time in reporting his death. “The left-wing press: Le Devoir, La Presse de Montréal, Le Soleil de Québec, downplayed the wonderful act,” wrote Father J. M. Laplante, O.M.I. in The Wanderer (March 10, 1966). “In other times, this news would have covered the whole world with headlines. But nowadays? I doubt that La Croix and Les Informations Catholiques Internationales de Paris, or the liberal Catholic weeklies, would give much coverage or commentary to this sublime act of faith.”
“But what an act of reparation,” writes Father Laplante, for the errant priests who do not believe in the Holy Eucharist and profane the Blessed Sacrament themselves. “The fact that in 1966 a politician, a statesman, the immediate representative of the Anglican Queen in Quebec, imitated the gesture of St. Tarcisius should be shouted from the rooftops. … Yes, His Excellency Paul Comtois, host of Christ at the Bois-de-Coulonge manor, gave his life for the love of Christ the Host!”
Sister Maureen Peckham, R.S.C.J., wrote in 1988 about the heroic death of the lieutenant governor in her introduction to John Cotter’s The Affirmation of Paul Comtois: “More than twenty years have passed since, in an act of gallant generosity, a supernaturally splendid ‘beautiful gesture,’ Paul Comtois, lieutenant governor of the province of Quebec, gave his life for his Friend of the Blessed Sacrament. His story, far from making the headlines, is considered by the secular press as not worth mentioning and by the Catholic press as an embarrassment. The Church of the second half of the twentieth century is not, to its shame, renowned for its faith in the Blessed Sacrament, and one can only deduce that it is the fear of being considered stupid and old-fashioned – or, even worse, old-fashioned – by an unbelieving world that has led the leaders of the Church in Quebec to pass over in silence, with a blush, the noble act of Mr. Comtois.

“Yet Paul Comtois was a man of the world, a known worldling, a man who had reached the heights of worldly glory; he was a man whom the world could recognize as its own. Moreover, his chivalrous and courageous death should have merited the title of hero even on the human and verbal level. That he, who had been honored by the world during his life, was ignored by the world at the time of his death, can only be explained by the fact that he died for Him whom the world does not recognize and has always refused to recognize.”
“The glorious martyrdom of Paul Comtois, passed over in silence by an unbelieving world, and by a too unbelieving Church, has nevertheless remained in the faithful memory of the true friends of God. That one of them should today put into print the luminous testimony of Mr. Comtois’ charity, in its radical and essential beauty, is a happy and joyful event. May this inspiring account inflame the hearts of all who read it with an unfailing love for the Lord of the Tabernacle.” 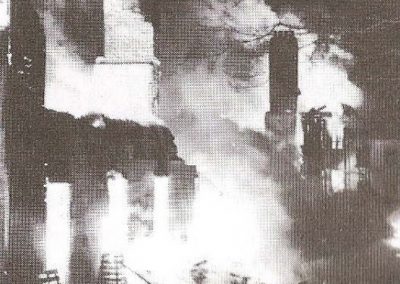 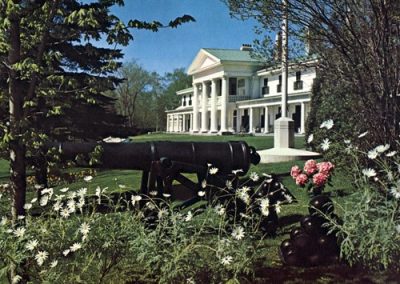