Isaac Jogues was born on January 10, 1607 in Orléans, to Laurent Jogues and his second wife Françoise de Saint-Mesmin. His father, a cloth merchant and bourgeois of Orléans, came from a large merchant family in the city and was elected consul in 1619. Isaac is the brother of Father Samuel Jogues.

Isaac Jogues entered the Society of Jesus on October 24, 1624. He was ordained a priest in Paris in January 1636, after twelve years of formation. He arrived in Quebec City on July 2, 1636, and joined the Huron missions, since it was well understood that the Hurons were one of the easiest peoples to convert, since they were more sedentary. He will therefore cross the Ottawa River several times on his way to Lake Huron.

One day in 1642, while in a canoe on the St. Lawrence River, near Trois-Rivières, he and some French and Huron companions were surprised by a band of Iroquois.  There was a battle between the French and the Hurons against the Iroquois. Saint Isaac Jogues barely had time to baptize an old Huron who was about to die, when he and Saint Rene Goupil were caught and immediately tortured. They were beaten with sticks; their fingers were bitten and their fingernails were pulled out. 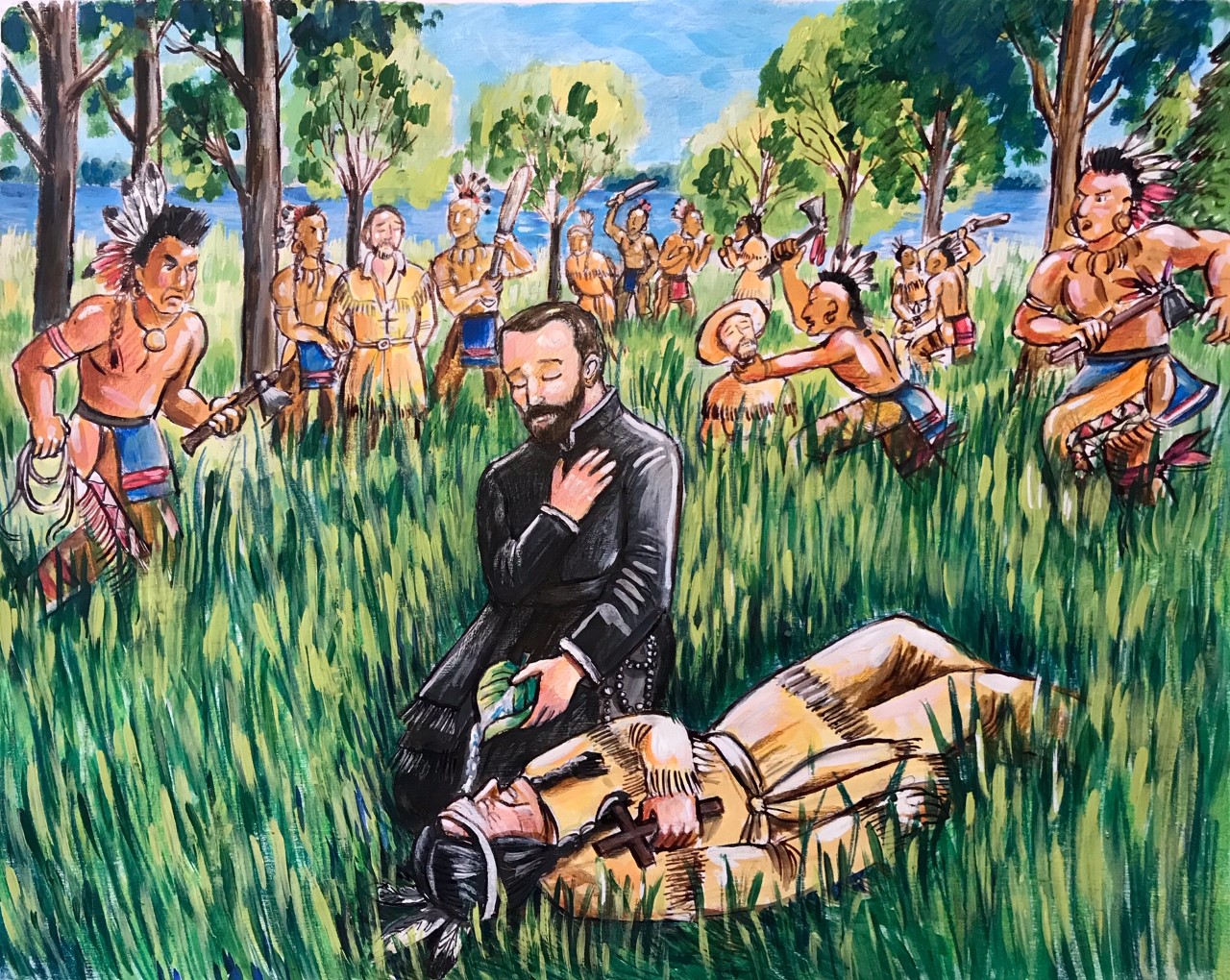 They were taken captive to an Iroquois village to continue the torture. When they arrived at the village, they were asked to run between two long rows of Iroquois who were holding sticks and who kept hitting them. They were not to stop because the Iroquois could continue to hit until they died. Then, as was customary among the Iroquois, women were asked to cut off some of their fingers and children were asked to throw burning coals on them.

After a few weeks of captivity, René Goupil was killed with a tomahawk for making the sign of the cross to an Iroquois child. As for Saint Isaac Jogues, he will remain a prisoner for months. He succeeded in converting some Iroquois on their deathbed and impressing many with his courage, especially when he jumped into the freezing water in the middle of winter to save a pregnant Iroquois woman who had fallen into the water and whom no one dared to help.

After a year of captivity, the Dutch, who were allies of the Iroquois, helped Saint Isaac Jogues to escape and return to France. When he arrived in France, Saint Isaac Jogues was welcomed as a holy martyr. He was begged to stay, but he replied that he had to go and finish the sacrifice that had been started. He knew that he had to die a martyr because he had prayed so much for this grace. He even said that one day, while he was praying to become a martyr, he heard the voice of God telling him: “Your prayer has been answered”.

Before returning to Canada, he went to ask the Pope for special permission to continue celebrating Mass, since he was missing several fingers. The pope told him: “It would be a pity if a martyr of Christ could not drink the blood of Christ”.

He returned to Canada in 1644 and tried to make a peace treaty between the Iroquois and the French. A treaty that had started well, but that will turn badly since, Saint Isaac Jogues and his companion Saint Jean de Lalande, will be killed by the Iroquois with a tomahawk in May 1646.

Monument commemorating the place where Isaac Jogues and René Goupil were captured. The address is 651, 138 Road, Lanoraie, Quebec 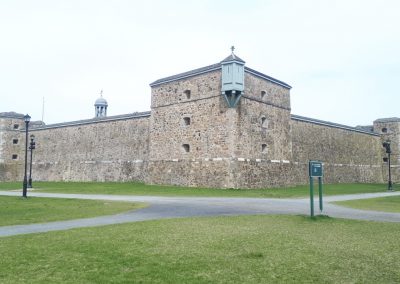 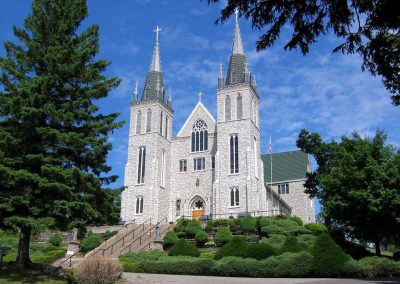