The image of Mary seen in the whirlwind 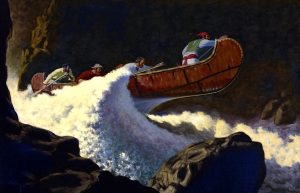 Who are the voyageurs:

The voyageurs were 18th and 19th century French Canadians who engaged in the transporting of furs via canoe during the peak of the North American fur trade. The emblematic meaning of the term applies to places and times where transportation of materials was mainly over long distances. They usually wore a belt around their waist called arrowhead sashes, which helped strengthening their back since they were carrying heavy weights.

One day, Canadian voyageurs were arriving near one of these noisy waterfalls on the Ottawa River with their canoes loaded with furs when suddenly two bands of enemy Indians armed with arrows and tomahawks appeared on both sides of the river.

There was only one way for them to escape from these ferocious bands, and that was to rush to the bottom of the waterfall. If they were to perish there, they would rather be submerged in the waves than suffer cruel torture. So, they took off their headdresses, joined hands, piously invoked Saint Anne, their patron saint and the Blessed Virgin protector of the afflicted, and then threw their boat into the abyss. Surprisingly, none of them had died. 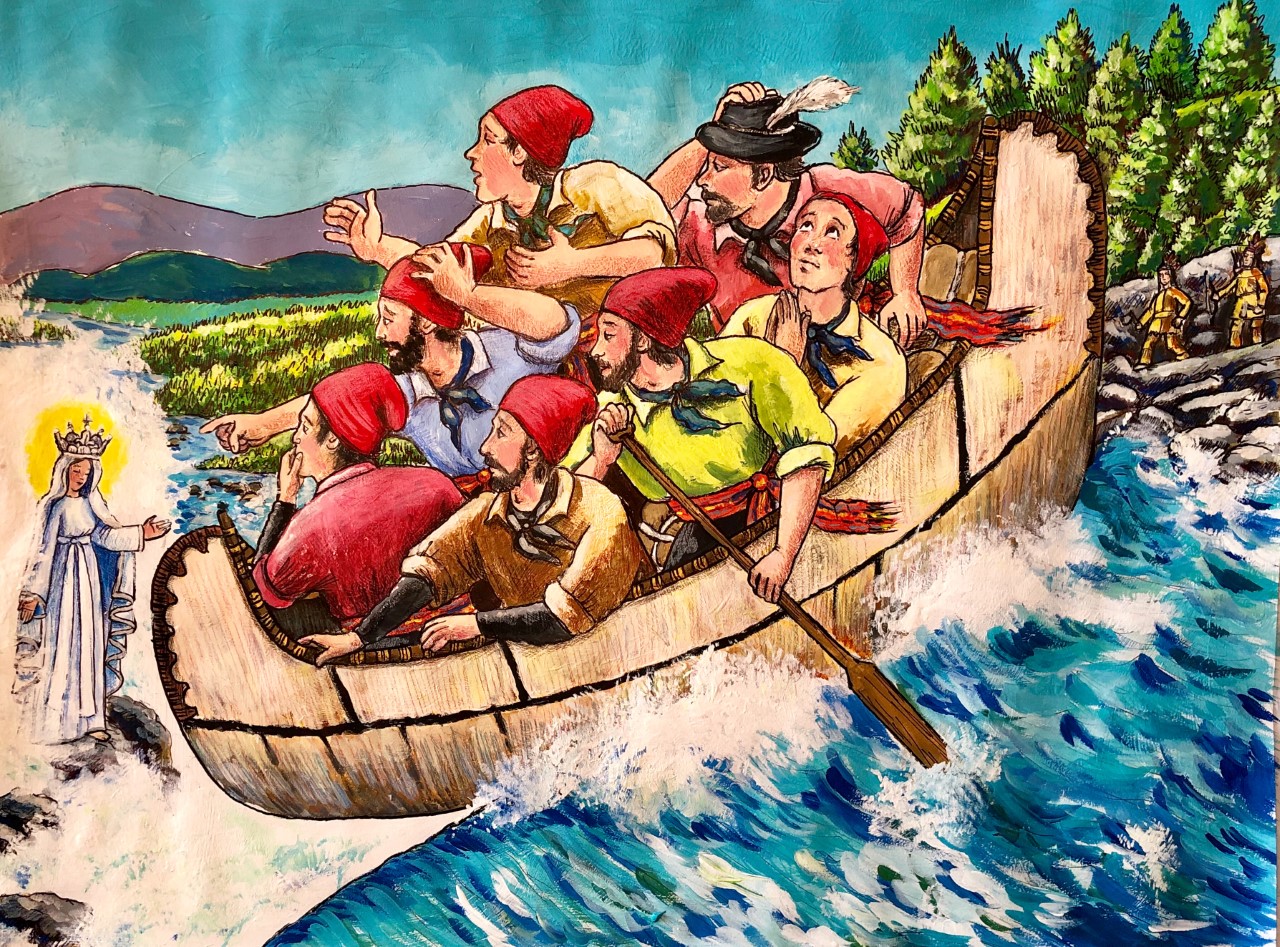 On returning to their village, they said that as they were going down the perilous slope, they all saw distinctly, in the whirlwind of foam raised by the waves, the image of the Virgin with a crown of diamonds on her head, and dressed in a white robe, extending her hand towards them to steer their boat”. 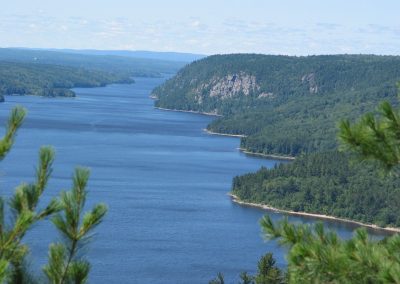 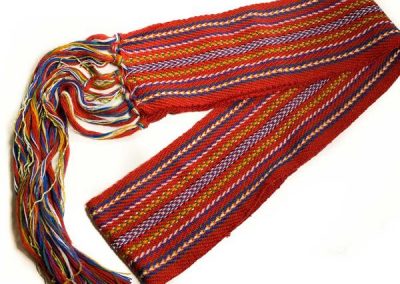